I think the media has impacted our culture in many obvious ways. For example our music, movies, and propaganda. The media is something that always has something, whether it’s something you want to learn about, know about, or don’t even care about.

I think the first way that media affects our culture is through the music people listen to. From experience, and education, it is easy to see how music is changing people. How it changes their personality, thinking, and beliefs. Although, the part that most people think is not okay, is the way some artists objectify women. It has sparked a lot of controversy around the world, and caused a lot of trouble. I think it would be better if some artists only sung about, peace, criticizing the government, love, and life. I think rapping/singing about how much money you have, how hard you party, of how much women you have, only causes jealousy, and can shape the way other people choose to live.

I think the way media portrays gender has its positives and negatives. The positive part is that, women are allowed to sing songs about women’s rights, go on TV and talk about stuff affecting women and so much more. The negative part is that, many rappers objectify women in their music.

Media has shaped me into the person I am right now. Media has changed the way I think, the way I behave, my attitude towards things and people. So to me, media has impacted me in only positive ways so far, and I hope it doesn’t change me into a different type of person, although I know it will, eventually.

Do you work out? Do you know how to keep your body’s muscles flexible? Do you know how to maintain the perfect weight? If you don’t, that’s okay, because you are about to learn the essential steps to having your dream body. Maintaining a constant weight is almost impossible, it might go up or down by a couple of lbs or kg. The easiest thing to maintain, is your body size, as long as you are willing to stay determined to have your dream body.

Here are a couple of ways to have your dream body: 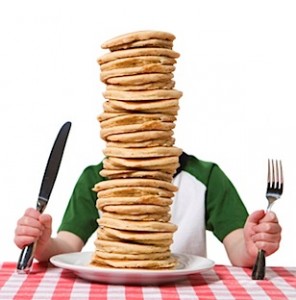 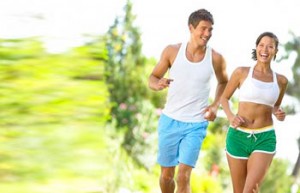 As a modern human being, you should work for your dream body. Find inspiration, get motivated, get down to the floor and start lunging. You’ll will be happy with your life, if you take this advice.

After each meal, drink a lot of water so you don’t get hungry quickly.

Try to do a little exercise everyday, for at least 10 minutes.

For the first part of  the Twitter Academic Connect, I had to make a list and add ten authors, professors, or experts in a field that I was interested in. They didn’t have to be in exactly in the field you were interested in, but at least associated with. My next step was to mention them in a tweet, thanking them for some information I received from them. My last couple of steps was to ask them questions about my topic, whether it was a specific question, advice, or opinion, and then wait for their reply.

The results I obtained were quite disappointing. Out of the ten people on my list, only one person replied, which was Matt Farah. I was expecting to get a reply from at least eight of the out of ten. But at least I got one reply, which alleviated my disappointment a bit.

I only got one reply out of ten, from Matt Farah. Two out of ten of the are currently following me. Matt Farah replied and didn’t ask for any assistance, but am pretty sure he’ll reply if I was to ask another question. I didn’t continue any of the conversations, because I only asked questions.

I can use this process in school in the future, for other projects that aren’t Genius Hour. I can create a whole new list of the people I follow, that are in the field am willing to learn about.

Welcome to your brand new blog!

This is a sidebar and can be changed in Widgets in your dashboard.

You can also modify number of sidebars in theme options!